Cyber Security Articles to Keep your Business Secure and Compliant 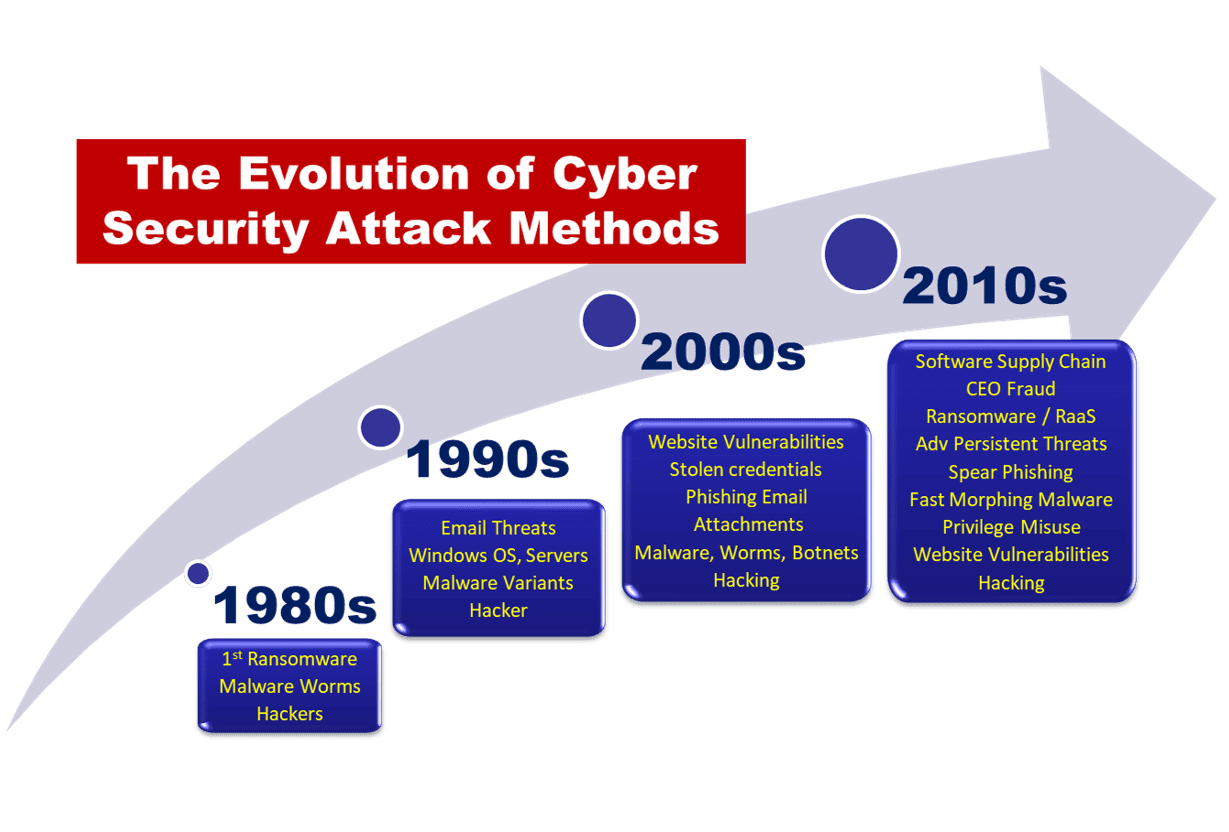 In the 80s, the private internet and PCs were launched providing a small, but new opportunity for hacking and cyber mischief. In the 90s, the real internet was launched along with Microsoft Windows. Email use and the network of PCs grows. The 2000s was the beginning of broad internet usage, social and shopping internet sites and portable phones. This sets the stage for early security attacks.

In the 2010s, everything changes.  With the advent of faster internet, office applications move to the cloud along with your data.  Cloud data centers take off along and your data moves to the cloud. Smart phones, portable devices, and IOTs proliferate leveraging cloud storage and applications. Now we have a distributed system to attack where more and more activity is done from mobile devices.

The early attacks in the 80s utilized malware, self replicating worms and hacking mostly for the purpose of disruption. Early attacks were limited because the internet was proprietary (ARPANET) and small and used attacks like the Morris Worm (See Attack Trends Exhibit below)

In the 90s, with the advent of the real internet, email threats began, leveraging malicious links and later malicious document attachments to download malware to PCs. The Melissa and ILOVEYOU Macro viruses are examples of this type of attack and were the most costly to date ($5-8B of damages).

In the 2010s, many new attacks were launched leveraging the broad internet and large corporate networks. Cyber attack crimeware tool kits were available to every wannabe cyber criminal enabling low cost cyber attacks. Examples of the new wave of 2010 attacks include: